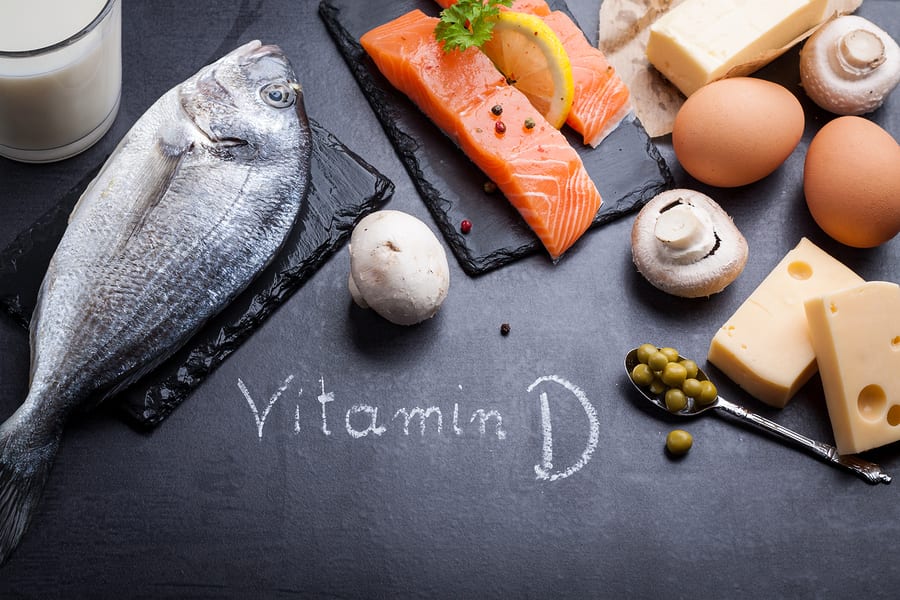 With the summer equinox passed on the 22nd September 2020, we are now officially in Autumn, and the dreary days when we get less hours of daylight than hours of night. Given that sunlight is our main source of Vitamin D, it becomes more and more important to consider our dietary sources of Vitamin D the darker it gets.

Why do we need Vitamin D ?

Vitamin D is traditionally known for its role in bone health. Recent research however has shown a role for Vitamin D in both our immune system and our sleep.

Vitamin D also has a role in maintaining our mood. Vitamin D deficiency is associated with depression. Indeed, if you suffer from the winter blues, Vitamin D supplementation is something to consider along with changes to your lifestyle.

How does Vitamin D affect our sleep ?

Vitamin D deficiency has also been associated with excessive daytime sleepiness as reported in the Journal of Clinical Sleep Medicine.

Vitamin D’s role in the strength of our immune system and decreasing inflammation has been in the news recently. In particular, articles have cited benefits including both boosting our immune systems’ resistance to Covid and reducing Covid’s inflammatory lung symptoms.

However, the latest research (done on the elderly in Indonesia, and hospital patients in USA and Spain) has yet to be peer reviewed.

Furthermore, whilst Vitamin D has a proven role in the activation of T cells in our immune response, our government bureau responsible for generating health advice, the National Institute for Health and Care Excellence (NICE), has not found evidence from the latest research to support taking Vitamin D specifically for Covid protection or treatment.

Experts do think, however, that Vitamin D may have some broader health benefits during the pandemic to keep people as nutritionally fit as possible.

Certainly adding a Vitamin D supplement to our daily health regime becomes far more important if we are going outside less during another lockdown or two.

What are the best foods for Vitamin D ?

There are two forms of Vitamin D. These are D2 (produced in plants) and  D3 ( produced in the skin, and found in food from animals) .

Foods which contain the best levels of Vitamin D tend to be from animal sources. The highest concentration of Vitamin D is found in oily fish such as trout and salmon. It’s also found in lower levels in eggs, dairy products and meat. Vitamin D is also added into some commercially made ‘fortified’ foods such as breakfast cereals and some orange juice.

For vegetarians and vegans, mushrooms ( exposed to UV light to make the Vitamin D rich) are a good source of Vitamin D. In addition, dairy-free milk (including soya, coconut, and almond milk) are often boosted with Vitamin D2.

In terms of levels Vitamin D per portion, three ounces of trout would give you about 16mcg of Vitamin D, and of salmon 14 mcg. A 1/2 cup of white mushrooms exposed to UV light provides about 9 mcg and the traditional, natural Vitamin D supplement of Cod Liver oil would deliver about 34 mcg in a single tablespoon.

As Vitamin D only being present in a small amount of food, with most of fish or meat origin, it’s important that those following a vegan or vegetarian diet, don’t cut out Vitamin D-rich food.

It’s now known that Vitamin D has a role in regulating our body clock, or circadian rhythm. This is our internal clock which regulates all of systems such as thirst, hunger and sleep. The body clock is strengthened by getting natural sunlight in the day, and a regular sleep pattern 7 days a week.

One way to both strengthen your body clock and ensure you get enough sunlight is to go for a walk first thing if you are working from home. Or, if you are still working in the office you could walk to work. This has the added benefit of avoiding public transport.

How much Vitamin D do we need?

The general guidance from health professionals is that our daily Vitamin D intake should be 400 to 800 IU/ 10 to 20 micrograms, vegans and vegetarians included.

The Recommended Nutrient Intake (RNI) proposed by Scientific Advisory Committee on Nutrition (SACN) for all people aged 4 and above is 10 mcg/day. For infants and younger children, data are insufficient to set an RNI. Instead, as a precaution, a ‘Safe Intake’ of 8.5-10 mcg/day has been set.

A number of surveys suggest that as many as 1 in 5 adults in the UK are deficient in Vitamin D. Low vitamin D levels are associated with a higher risk of poor musculoskeletal health such as rickets, osteomalacia, falls and poor muscle strength.

Public Health England now recommends that we all look to consider taking a daily supplement containing 10 mcg of vitamin D during the darker Autumn and Winter days from October to March.  This is becomes even more important if you are getting out less due to Covid.

They recommend that all women who are breast feeding should take vitamin D supplements. This also applies to very young children aged six months to five years and the elderly too, especially those who aren’t getting outdoors.

In addition Public Health England recommend that people from minority ethnic groups with dark skin such as those of African, African-Caribbean and South Asian origin might not get enough vitamin D from sunlight in summer so they should consider taking a daily supplement containing 10 micrograms vitamin D throughout the year.

I also recommend that all adults aged 65 and over should consider taking Vitamin D all year round as there is evidence that the skin’s ability to create the Vitamin decreases with age.

The rule of thumb with any supplements is to take them at the same time every day.  Given that some find that Vitamin D can keep them awake when taken at night it’s best to avoid this time.

Vitamin D(3) is best absorbed with a meal, and especially one containing some fat, as it is a fat soluble vitamin.

Which is the best form of Vitamin D to take ?

Although we all need both Vitamin D2 and D3, studies show that Vitamin D3 is far more important for our health than Vitamin D2. The best choice is either a Vitamin D3 supplement, or one which contains optimal levels of both forms. Vitamin D2 is not enough.

It’s important to note that dietary sources of Vitamin D3 can only be found in animal products. So if you’re vegan, you need to pay extra attention to supplementing your diet with Vitamin D3.

As it is stored in the body it’s important to not take more than 100 micrograms (4,000 IU) of vitamin D a day as it could be harmful.

Always consult your G.P. though if you are on medication. 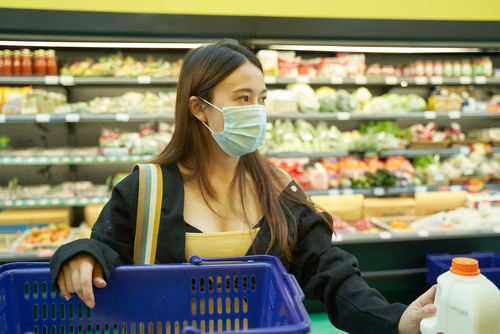 What to Eat to Combat Covid-19 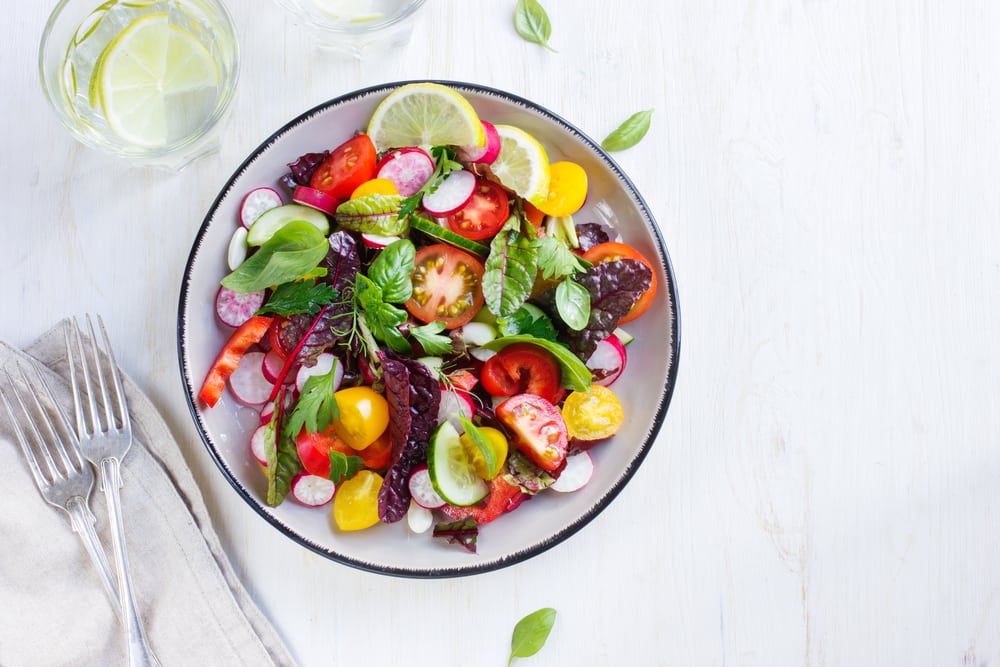 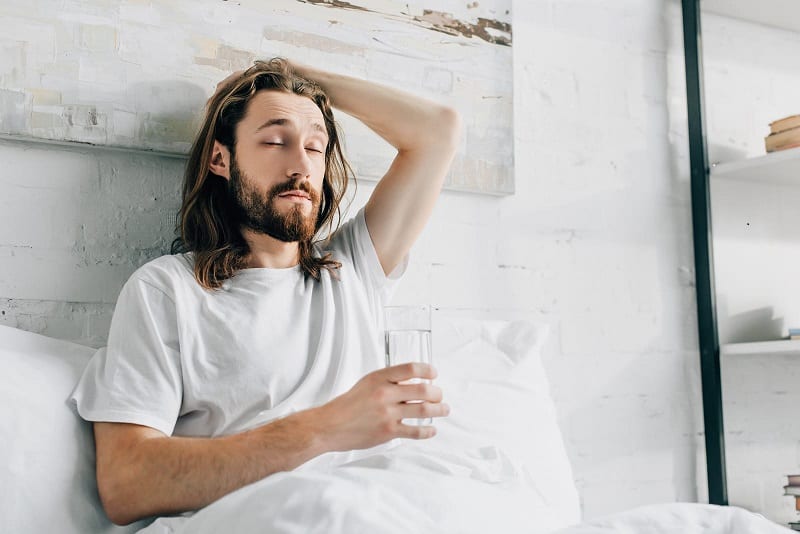 How Does Alcohol Affect Sleep

How To Improve Gut Flora For A Better Night’s Sleep 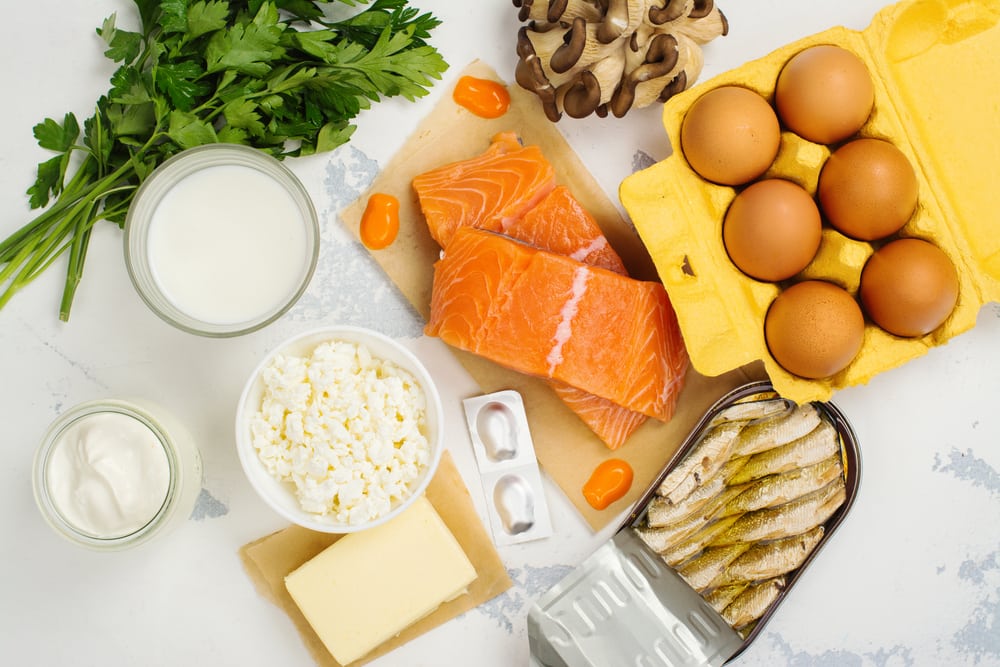 What To Eat To Sleep Better